Tween the Weekends: News From Hollywood!

Here we are again, ‘tween the weekends in the last week of the month! Where did August go? Today I thought we’d look at some upcoming movies that are sure to be of interest to Tweens in the next few months. First though, I want to show you some fun pics from one of the Teen Choice Award gift lounges. Copies of A Measure of Disorder and Knot in Time were on display and picked up by two up and coming young actors.

Joey Luthman is a talented young performer who appeared most recently as Teen Zoltan in an episode of Disney’s A.N.T. Farm this year. Ironically, his character built a time machine and now he’s reading my time travel adventure! He has also appeared in episodes of iCarly and How to Rock on Nickelodeon.

Joey will be starring in a movie titled Opening Night that is currently filming and releasing some time in 2014. It’s a comedy about a high school production of Shakespeare’s A Midsummer Night’s Dream and looks like it could be a lot of fun!

Ty Parker picked up both A Measure of Disorder and Knot in Time. He’ll be appearing in the highly anticipated Ender’s Game, coming this November. Ty’s also performed in several skits on Jimmy Kimmel Live! last year.

I love the fact that these busy teens are still taking the time to read books! I wish you boys nothing but the best in all your future endeavors!

Okay, let’s have a look at some of the movies on the horizon that Tweens, Teens, and even Moms and Dads are salivating for! All links go to YouTube trailers for each movie.

August:
One Direction: This is Us
Getaway

September:
Battle of the Year
Cloudy With a Chance of Meatballs 2

December:
The Hobbit, Part 2: The Desolation of Smaug
Walking With Dinosaurs
Anchorman 2: The Legend Continues

There’s a lot of stuff to get excited about in that list and something to please just about any kind of moviegoer. I’m going to have to save my pennies to get to watch all those I’m really jazzed for, especially in November and December! Which ones are you most looking forward to? Did I miss any you’ve been dying to see? Let me know in the comments and enjoy your Tween the Weekend! Don’t forget to head on over to the Emblazoners site for more Tween the Weekend posts!

I’m very excited to announce the release of my latest book: Knot in Time. It’s currently on Amazon in Kindle format. Paperback and other formats will be coming in the next couple of weeks or so. Here’s the back cover blurb once again: 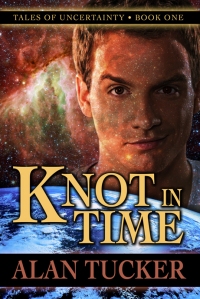 My name is Darius Arthur Heisenberg, but most people call me Dare. If the last name sounds familiar, it’s probably because of my great-great uncle, Werner Heisenberg. He was a scientist who came up with something called the Uncertainty Principle. But, listen, Uncle Werner had no idea how uncertain things really are.

I work for a group, called the Keepers, that consider themselves the custodians of time. And, believe me, time is a mess. It needs all the custodians it can get. Which is, of course, why the Keepers selected me, a nineteen-year-old high school dropout, to join them. I had some recent experience as a janitor.

Okay, it didn’t make much sense to me either, but I wasn’t in a position to turn down a steady job and a roof over my head. Besides, all I’m supposed to do is travel through time and save the universe as we know it, how hard could it be?

Yeah, better hold on. This could get ugly.

I will be signing books at the Writer’s Roundup in Billings, Montana, on December 1st and I’m crossing my fingers and toes to have paper copies there to sign! I’ll have all the Mother-Earth series books there as well, so at least I won’t be empty handed.

Thanks to all those who have followed my writing for the past three years or so, I appreciate everyone who’s taken the time to read any of my scribblings!

Ladies and Gentlemen, An Introduction …

The finishing touches are going into this now, so I figured it was time for an introduction … 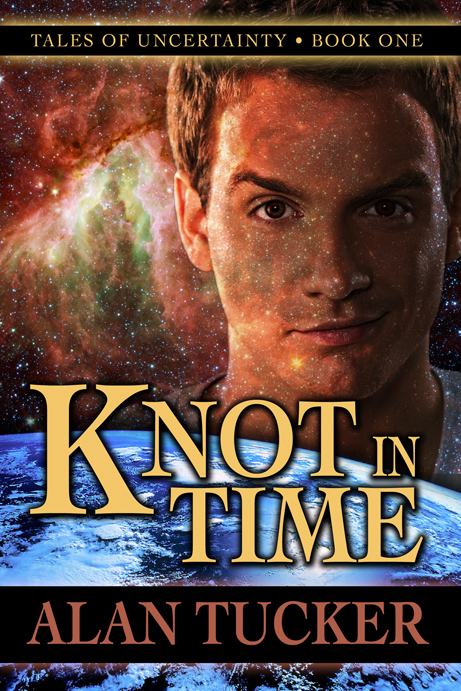 My name is Darius Arthur Heisenberg, but most people call me Dare. If my last name sounds familiar, it’s probably because of my great-great uncle Werner Heisenberg. He was a physicist who came up with something called the Uncertainty Principle. But listen, Uncle Werner had no idea how uncertain things really are.

I work for a group, called the Keepers, that label themselves the custodians of time. And, believe me, time is a mess. It needs all the custodians it can get. Which is, of course, why the Keepers selected me, a nineteen-year-old high school dropout, to join them. I recently worked as a janitor for a couple months. Perfect fit, right?

Okay, it didn’t make much sense to me either, but I wasn’t in a position to turn down a steady job and a roof over my head. Besides, all I’m supposed to do is travel through time and save the universe as we know it, how hard could it be?

Yeah, better hold on. This could get ugly.

The first novel Knot in Time, in my new series, Tales of Uncertainty, should be available around November 14, barring unforeseen circumstances! I’m very excited about this book and can’t wait to share it with the world.

For those of you who don’t know, FTL is an acronym for “Faster Than Light”, used in discussions regarding traveling the vast, enormous, gargantuan distances of space. It’s a much less fun or interesting term than warp speed or hyperdrive, but it is possibly more descriptive.

So, now the “news” comes out that at least one scientist at NASA feels it may be possible under the right circumstances to make an object appear to travel faster than light, which Einstein said was the “cosmic speed limit”. I find this humorous on several levels, mostly in the media’s ability to sensationalize things and the oceanic nature of the Internet, where an undersea quake that few people feel can cause massive tidal waves and flooding the world over. 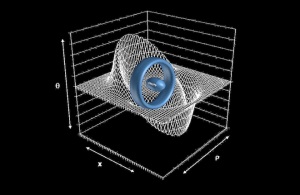 Don’t get me wrong. I love the fact that when the mathematics are jiggled in the right way, FTL becomes theoretically possible. But let’s look at the facts and how they evolved. This whole possibility was first introduced in the mid nineties by Miguel Alcubierre and I can even remember it causing a small media splash back then. The problem was the amount of energy needed to make it happen, according to Miguel’s calculations, was roughly equivalent in mass to the planet Jupiter! New calculations (the ones that prompted this latest buzz) suggest the energy need to be much smaller, however, much smaller still equals the energy output of over a million Hiroshima bombs. While this brings the requirements much closer to the realm of feasibility, I wouldn’t book my flight to the nearest star system just yet.

Some aspects of the idea require the use of negative energy or dark matter, which exist in many current theories of how the universe works, but we haven’t found any direct evidence of yet. So, while the possibility is very exciting, we’re much farther away from making this happen than some of the news headlines would lead you to believe that I’ve seen over the past few days. But, it was on the Internet, it must be true! Not so fast my friend.

I’ll leave you with this video from NewsyScience which gives a fun explanation of some of the theory behind a possible warp drive and also pokes fun at some of the news folks who jumped on this story.

I’ve Given Ya All She’s Got, Captain!

I remember fondly watching reruns of Star Trek when I was a kid (I’m not quite old enough to remember them airing for the first time, although we were born in the same year!) and Scotty was always one of my favorite characters. His engineering miracles pulled the Enterprise and her crew out of the fire more often than most. Sometimes it seemed like every other episode, Kirk demanded something of Scotty and the ship that had never been done before, and Scotty never failed to deliver.

Warp speed, Star Trek’s version of faster than light travel, was how the Enterprise zoomed around the galaxy. Star Wars had hyperspace. They folded space in Frank Herbert’s Dune stories. Stargates, wormholes, black holes, and numerous other devices have been used in science fiction to get around nature’s cosmic speed limit: the speed of light.

The speed of light is around 186,000 miles per second. Light moves fast enough to circle the Earth more than seven times a second! Why would anyone need or want to travel faster than that? The unfortunate answer to that is space is mind bogglingly big.

The Earth seems very large to us, sitting on its surface. Yet, when we look around in space, we see that the Earth is quite tiny on the cosmic scale of things. And the distances required to move from planet to planet, or star system to star system, are truly enormous indeed. As I mentioned in the last post, it takes radio transmissions, traveling at the speed of light, about fourteen minutes to reach Curiosity on Mars. And Mars is our closest neighbor!

One of the first higher resolution pictures from Curiosity.

The distance between stars is measured in terms of lightyears; in other words, the distance light can travel in a full year of time. That’s about six trillion miles. The closest stars which are similar to our sun in size and temperature, are ten to twenty lightyears away. In contrast, the first Earthlike planet which astronomers discovered late last year, orbits a star around 600 lightyears away. Think about that. If aliens on that world had a telescope powerful enough to see us, they would be viewing the Earth as it was 600 years ago. Those aliens might be watching the coronation of Henry V in England! In order to communicate with those imaginary aliens, we would have to wait 1,200 years for a message to make that round trip.

In order for science fiction stories to involve extraterrestrials, the vast majority of them have employed some method to circumvent the lightspeed dilemma. In the book I’m currently working on, I’m using a method involving extra dimensions than the three we’re familiar with, but I think I’ll save that discussion for another post. I do hope someday humans can solve the lightspeed riddle. The universe is so vast and interesting, it would be a shame not to be able to explore it.

Beam me up, Scotty!